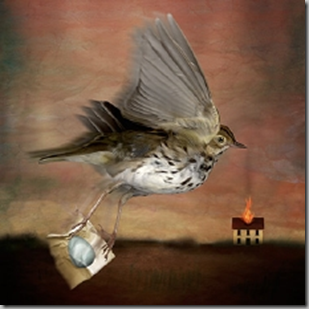 Born on a blue day

To adopt to chaos the mind might recite π for hours

two is yellow, six a void, five a clap of thunder


profound talent/profound disability
are divided by a thin line

Not even an eyelash.


Each hair on the human head has a number
the sparrow falls without counting.
Intelligence is not a gift it is

a cracker-jack prize, a wash off tattoo
a plastic compass
the candy coating on the pop-corn

Wisdom, on the other hand, is a wonderful peculiar 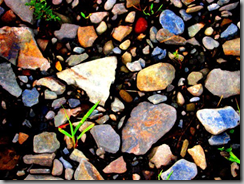 Bad Luck, Good Luck: “I Shouldn’t Have Been a Pirate Whore.”

You ever wake up with an epiphany? Words flowing from you like St. Elmo’s fire, ( y’know not the creepy red puppet, but the legend) and you pick up whatever writing utensil is at hand and whatever scrap of paper, box of tissue, back of a receipt you can find and write it down as fast as you can, and then set it aside, pleased that you have captured brilliance, that exact moment of divine reckoning where Truth (capital T) has been revealed to you. So you fall blissfully back to the cushions, sigh a contented sigh and embrace sleep only to wake abruptly and realize that on that massive pile of paper and books surrounding your bed…

you’ve lost your treasure.  That precious, nay, sacred gem is buried somewhere deep within the  folds of chaos, and like blinking right before the picture... you know you've been caught with your eyes closed, and you'll never figure out where you put that damn scrap of paper, and you don’t even know what that paper looked like, or what color of pen, pencil, crayon you used for the text because you didn’t even bother to turn on the light before you began penning your serendipitous verse down?

Anyway, this post is about luck. Why some people seem to have good luck, and some people seem to have bad luck. My oldest daughter seems to have the worse luck of anyone in the family. She’s been to the emergency room more than all my children combined. She trips, a lot. She hits her head on things, a lot. She’s dealt with the suicide of two close friends. On reflection, she’s come to a point where she’s developed a healthy does of sick humor to cope. .

Now when something bad happens, like she hits her head or stubs her toe or cuts her finger somehow on a box of cereal (really, how does one CUT their finger on a cereal box?) she says: “Dang it! I shouldn’t have been a Murdering Pirate Whore!”

Now there’s Ben. He has found so many four leaf clovers in his life we stopped counting after a hundred. One time the child found twelve of them, all at once, during soccer practice. (What he was doing looking for clover rather than practicing, I can’t tell you.) I find them too, every once in a while, only one or maybe two at time. But almost every time that child goes outside, viola’ there’s a clover. My other children have invested time in attempting this feat. The youngest two will try on and off to find them. They’ll spend twenty or thirty minutes looking before they give up and Ben will come up, bend right over in front of them and pluck it out of the bunch.

I asked him how he did that.

I don’t claim I know. All I know is that, for my own part, my luck would have it that the epiphany I was going to share in this post is likely lost forever.

Dang it. I shouldn’t have been a pirate whore. 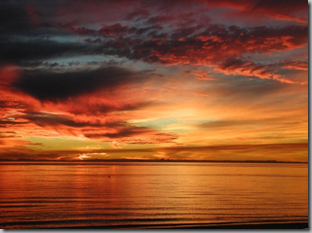 Glory be to God for dappled things –

For skies of couple-colour as a brinded cow;

For rose-moles all in stipple upon trout that swim;

And all trades, their gear and tackle and trim.

What is fickle, freckled (who knows how?)

He fathers-forth whose beauty is past change:

Posted by Melanie L Moro-Huber at 1:17 AM No comments: