From the New York Times:

By ALEXANDER STAR
It took only a few days for Egyptian protesters to bring the regime of Hosni Mubarak to near collapse. But it took decades for the conditions for revolt to ripen. A range of widely noted books offer clues to the country’s accumulated discontents and thwarted desires. Max Rodenbeck’s Cairo: The City Victorious is a cultural and social history of the Arab world’s largest city, written by the Economist’s Middle East Correspondent. Mary Anne Weaver’s A Portrait of Egypt examines Egyptian society in the 1990s, with an emphasis on Islamist opponents of the Mubarak regime.


Dispatches From the Book Review

In recent years, scholars have fervently debated the evolution of Egypt’s main opposition movement, the Muslim Brotherhood. Does it seek to drastically remake Egyptian society along strict religious lines, or has it entered a “post-Islamist” phase characterized by moderation and tolerance? The latter argument is made by Carrie Wickham in her study of grass-roots activists, Mobilizing Islam. More jaundiced views of the movement in Egypt and its offshoots elsewhere can be found in a new collection edited by Barry Rubin entitled The Muslim Brotherhood. Even as the Brotherhood moderated its message and perhaps its worldview, some of its former members turned to acts of spectacular violence. Their doings are the subject of Giles Kepel’s Muslim Extremism in Egypt, and Lawrence Wright’s The Looming Tower, which suggests that Mubarak’s torture cells radicalized Egyptian Islamists such as the future al Qaeda leader Ayman al-Zawahiri, and helped bring about the Sept. 11 attacks. Lee Smith’s The Strong Horse
Though Egypt’s cultural prominence has faded, it remains the home of important literary figures, many of whom work in the shadow of the late Nobel laureate Naguib Mahfouz. Mahfouz’s Cairo Trilogy and Cairo Modern examine the ideological and erotic entanglements of Cairenes in the last years of British influence. Alaa Al-Aswany’s The Yacoubin Building is a popular novel about a Cairo apartment house whose fortunes reflect those of the country at large. Among the most admired Egyptian novels of recent years is Sonallah Ibrahim’s Zaat, which turns an office worker’s aspirations to become a world-class consumer into bitter comedy. A many-layered picture of 20th century Egypt emerges in the novelist Taha Hussein’s memoir The Days, which follows a poor, blind village boy who makes his way to Cairo, acquires an education, loses his university post for his controversial writings on Egypt’s pre-Islamic past, and eventually becomes a cultural hero.
Readers interested in assessing American influence in Egypt might turn to Master of Games by the longtime CIA officer Miles Copeland Jr.. Copeland, the father of Stewart Copeland, the drummer for the Police, and Miles Copeland III, the record producer, relates (and perhaps embellishes) his elaborate efforts to keep General Nasser from slipping into the Soviet orbit. In his classic Arabic Thought in the Liberal Age, the historian Albert Hourani looked back further to a time in the early 20th century that seems especially relevant now — a moment when Egyptian and other Arab thinkers steeped in Enlightenment ideals hoped to see a robust democracy emerge from a moribund dictatorship. 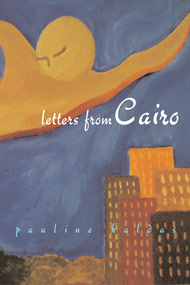 **Also: Please consider "Letters From Cairo" By Pauline Kaldas
Kaldas offers insight into the complexities of Egyptian culture, alternately taking on roles of linguist and cultural interpreter and addressing everything from class issues and political activism to education and the impact of Western culture. But it is her moving, often entertaining letters and her children’s emails and poems that will charm readers and resonate with devotees of travel narratives and multicultural literature. This book captures the images, character, and passion of an extraordinary country. Marked by spare, graceful prose, drawing on observations and friendships past and present, Kaldas offers a unique lens for observing Middle Eastern societies, one that the reader will not soon forget.

Part Two: "Not here/Not here the darkness, in this twittering world.” – T.S. Eliot 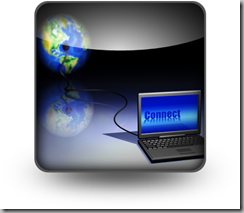 Words. It occurred to me that in using words to determine the value of words I’ve created quite an impossible fix for myself, one which will be difficult to find my way out of. What are words, exactly? I’m no linguist so I can’t use that kind of terminology to determine their value. Here, these words are no more than pixel bits, lines and loops, dark dotted shapes and shadows of thought illuminated on the face of a plasma screen. I do not know how this plasma screen works. I don’t even know what the plasma consists of, yet I can push some buttons on my keypad and by some force completely foreign to me, the things I think become the words I type and these sentences you now can read.

marks on a page, blips on a screen. You can’t smell them, taste them or touch them. I have heard it said many times and have read in several places that “words are food” and “poetry is bread” (for i.e. See Mary Oliver’s Poetry Handbook, which I quoted from in an essay I wrote for NYQ issue 65). They are not. I once thought this was true, but words actually have no nutritional value. You won’t find a calorie count on the back of any book. Words can not sustain a body. You can make a sandwich out of bread. You can spread peanut butter on bread. Try spreading peanut butter on a word. It’s not going to work very well.

So what makes them valuable?

And, at what point does a word obtain its value? Is it in the mind, in the way we construct meaning, how we think in words and images? Does a word only obtain value when it is spoken, or do words become something of value only when they are commoditized or written down? Perhaps (and it may be obvious to some) it is not so much words themselves which have value or not, but what determines their value is the use of them in communication, their role as the nuts and bolts of language
.
So now let's consider what it is about the nuts and bolts in the machinery of language which gives words their value--

A few days ago I was sitting and crocheting at my son’s baseball practice when an elderly Latino woman approached me. This is the second year her grandson and my son have been on the same baseball team, and although I’d smiled at her and said hello each time I saw her, it was clear from watching her interactions with her grandson that she was not very fluent in English and so we never really had a chance to strike up a conversation beyond “hello.” She stood over me and pointed to my sad attempt at a scarf and said a word in Spanish, then used her hands to mimic the act of knitting.
I smiled, and shrugged my shoulders to indicate I wasn’t sure what she was asking.

When she repeated the Spanish word for crochet she made the motions with her hands again so I attempted to repeat the word back to her. Her face brightened and she giggled as if I’d told her a funny joke, or maybe my pronunciation was so awful that I said a dirty word and didn’t know it. She sat down right next to me, and my Spanish is very bad, but I did remember this at least:

Her smile widened even further as she told me her name and then I think she asked me if I spoke Spanish.

I tried to find a way to communicate with her, scanning my mind for what little Spanish I could remember, knowing somewhere rattling around behind a door with very rusty hinges there had to be a word or two I could use. Ding! Te gusta? Me gusta? Found two.

“Te gusta baseball? What is baseball in espaniol?” I asked. 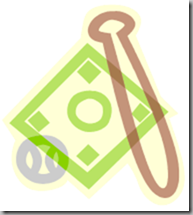 “No, no me gusta, me encante baseball.” She replied, crossing her arms over her chest as if she were giving herself a hug.

“Love? Encante is Love?” She asked.

“I love baseball, si” she replied.

The next fifteen minutes I found out her English is much better than my Spanish. She asked me if I studied Spanish in school, I managed to pick out a few words I knew: escribe, libro, la professora, escula. It was humbling to become such a handicapped communicator, forced to use words that a two year old would use. We went over body parts, eye-oho, nose- narisa, mouth- boka, hands- manos. It was wonderful, miraculous even, how simple it was to form a connection…just the naming of body parts enabled us to relate to each other in a way that would not have been possible without the use of words. We giggled like fools as I kept mixing up the body parts, calling fingers hands and hands fingers. Near the end of our conversation she held her shoulder and grimaced dramatically, I did not understand a word in the sentence she spoke to me then but I understood quite clearly that she was telling me her shoulder was troubling her.

Language is more than words, obviously, but without words we simply do not have the tools to survive in this world. Words may not have nutritional value for the body, but at the end of our conversation my new amigo patted her hand over her heart and told me,

I imagine the first spark in the first man (or woman’s) skull when a mark in the dirt or an etching on a rock wall became a symbol of something else. Evolution happened when man began using tools, yes, but this moment, to me, is the true mark of evolution—when man desired to share his thoughts and feelings using the tools of language, words, to project his thinking outside of himself.

Words are what make us human, and it is the way in which we use those words which proves if we are or are not.

But how does this relate to poetry, and what value it has beyond commodity? 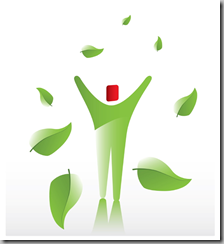 Here's a preview of where we will be going on the next leg in this journey: (Thanks to the delightful Richard Bausch for giving me permission to use his quote.  He credits Conrad for the premise.)


"Every really good story, no matter how short or how long, carries something of its justification for being and all its attendant parts in every single line. It is a unified created work of word art and that is why it is so difficult to do. So let go of expecting it ever to get easier. It won't. Just get on with it. Be willing to stumble all over yourself trying to be splendid."