The Next Big Thing

Amendment to the Title:
The Next Kind of Large Thing

Amendment to the Amendment of the Title:

The Next Smallish As in Garden Gnome Sized Thing

Or just choose your own title for this:

The Next Drop in The Ocean Thing


The Singular Glistening Salt Crystal Dangling On The Quivering Chin Begotten From One Watery Tear Whence the Eyes of the Forlorn Poet Thing.
Eh?

Ok.  We can start.  I apologize beforehand to those who I have already offended or who I will offend.  Or nevermind.  I think I should stop apologizing for my work now .

What is the working title of your book?

Question about the Question:

What does “working” mean?  I mean… are you implying some titles are lazy and do not work, are you saying that some titles just sit around all day, forget to take showers, wear the same underwear for a week and spend too much time on the internet?? I think you’re implying that some titles are on welfare.  Well, screw you.  This question must be a part of an anti-democratic communist/socialist type of agenda. FYI my title works when it wants to work.  My title works when it is inspired to work.  Worry about your own title. Yeah, I hear your title “works” your title “gets around” your title has been rubbing up on all the other titles and can’t be trusted.

Where did the idea come from for your book?

My thesis advisor and writing mentor R.H.W. Dillard and I would often go through our advisory sessions not talking about my writing—that seemed too much drudgery, and instead we began this game, a kind of mental challenge…the “Anything Can Be Used to Kill You” idea. My argument was: No, anything cannot be used to kill you as there are some objects that are utterly harmless.  So each time we’d meet I’d come up with a list of items that I thought could in no way cause harm. From a single feather to rubber-bands (too easy) to Q-tips and cotton-balls he always came up with some morbid story in which the item could be used to kill.
So, then I started thinking about what it means to be a weapon, and I figured fine, if anything can become a weapon to kill you then the opposite is true also, objects that kill can also save…and from there, well…

There was an Axe.  There was a hand. To make an axe you have to use an axe…and you have to have a hand to hold the axe to make the axe, see? So, yeah, in simple terms this metaphor means: You use what you have and it is perfectly fine to use members of my family in poems. (Is this destructive, is it a weapon or is it something that saves?) I don’t claim to know but for conscience’s sake I will hold to the latter.

Often, and I unapologetically confess here: I borrowed (hacked out) as many ideas, images, themes, words as I could from every poem or story I have ever read and internalized.  Yes, all things… from Oscar Wilde’s The SelfishGiant to Poe’s Annabel Lee.  There’s some hero mythology, a touch of Frost and a quarter of a pound of Pound, yes, Eliot (whatever I can be inspired by who I want to be inspired by) and a nod to Snyder’s Axe Handles and other Axe poems (dating back to the earliest) and of course there is the turtle, (Claudia Emerson) and physics (Michio Kaku) and a ballad, (Dolly Parton) because what’s poetry without music and science and a turtle?  I wanted a poem of a horse in there carrying secret acrostic messages, because who doesn’t love Chekov and Nabokov… but I just couldn’t make it fit. Also Bogan, Oliver, Olds, Wier…and too many contemporary poets to name.

Well, wow, that all seems way too complicated and likely a bunch of bullshit.  No one cares about that.  This explains the germination, the origins of, but it is never just one thing and most likely really it is just one thing, the one thing I have neglected to remember and mention. Isn’t this annoying?  I think I've just embodied the reason so many people hate poetry.

Okay.  How’s this?  Ignore the above.

Life is really hard sometimes. Sometimes life sucks.  I would rather life be joyful. I would rather it have meaning. I would rather find some spots of humor in the darkness. I believe Poetry can be funny and serious at the same time especially when you attempt to answer the question:  What makes life suck less? Words can be a weapon, yes, but words can save too.  At least that’s my hopeful opinion. 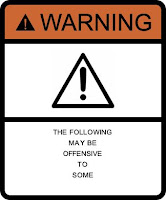 What genre does your book fall under?

Boil on the Butt of the Literary World
(a.k.a. Poetry)


What actors would you choose to play the part of your characters in a movie rendition? 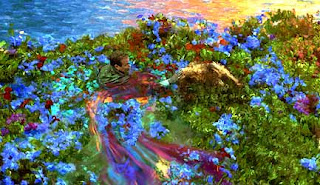 This book is fairly schizophrenic. It's rather a mess.  I can’t imagine Axe in Hand as a movie unless it was something like Pink Floyd’s The Wall, with appropriate psychotic stimulants applied, or What Dreams May Come with Robin Williams plus a dash of Attack of the Killer Tomatoes and a dollop of the Night of the Lupine.

Or perhaps My Little Pony visits One Flew Over the Cuckoo’s Nest, or no, more like Scooby Doo and the Mystery Crew take on the Ghost of Lizzie Borden.  There are poems with insects as the main characters, and poems with missing body parts as the “character” so I guess we could go the direction of The Fly.

However, in between the morbid gathering of “Freak Shows” I have included many personal poems about my children and family so I’ll just pick their characters:


What was I saying? Umm. Huh? Oh yeah, characters:

There are, in this our strange universe of entropy, on this speck on which we live, so many seemingly unrelated moments and yet some of the events that seem to occur at random (yes some just are random) but sometimes, when you look long enough and get really lucky there is a pattern that reveals itself in these fractals of repeating sounds and images, snowflakes against the windshield of a car, or like the chorus of a song---the ring around the roses pocket full of posies that you learned as a child that you never can forget, the meaning behind the thing…the I am here…why the hell am I here…the why have so many people just checked out of this world early, the why do I have to watch my own children suffer because of that, the plucked petals of he loves me he loves me not…


Never mind. That’s getting way out of hand and too complicated again.  One sentence, okay, here:

It’s about life and death and shit and not always in that order.

How long did it take you to write the first draft of the manuscript? 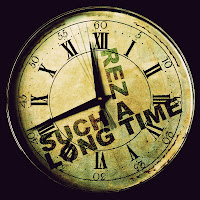 I hate this question.

Not that it’s a bad question or more or less interesting than any other question I just don’t like thinking about it or remembering the process of it any more than I try to recall or enjoy sharing memories of the exact moment in labor one of my children crowned…sorry about the visual and the cliche' of comparing the writing process to the birthing process but with five kids I get a pass on that and you probably get it now, right?

Who or what inspired you to write this book?


What else about your book might pique a reader’s interest?

Poetry is air. Or…Poetry is breath.  You need air to breathe and you need to breathe to live.  So it logically follows that you need to buy and read this book so you don’t die of asphyxiation (I spelled that right on the first try.  You might not be impressed but I just surprised the hell out of myself.)

In short: You will DIE if you do not read poetry.  Believe it.  Poetry is not dead.  You are.  If you don't read it. Poetry, (good poetry I mean) and specifically this book: Axe in Hand, of course.

So, do you want to live or not?

It was published around this time last year, NYQ Books.  I’d never self-publish a poetry collection.  I’m just not that good.


Okay, so the way this works is first of all Thank you, wonderful, amazingly talented soul-sistah, Kelli Allen for tagging me for this (bet you regret it now huh?)

Next up for "The Next Big Thing"  TAG you are IT: C.L. Bledsoe who writes so many reviews for others I thought he should review himself.  Amy Glynn Greacen who does not yet have a book published but she has a manuscript and a ton of awards, has been in Best New Poets so many times you can't really call her "new" anymore, and why some fools have passed her up I do not know.  I'm thinking this should be her year.  Also this next lady is SO smart and personable and a "cross between Yeats and a seasoned moonshiner:" Elizabeth Leigh Hadaway...come on down!  Mara Eve Robbins, what's up?